How to be Unruly

I was navigating my way through Sydney airport last week. It was a busy time of day, with plenty of travellers clogging the space. There were big lines everywhere.

I was travelling with a group of colleagues. We all knew each other well and we were in a fun, playful mood. And when we encountered those lines, something interesting happened. Rather than just accept our fate, we began to test the limitations.

For example, there was a huge line at check in. We noticed one attendant at the end of the counter seemingly doing nothing. So we sauntered on over to him and asked whether we could give him our bags. “No worries, sure thing”, he said.

Then there was a sheep-like queue of people following a lane into passport control. Next to them was a lane with no-one in it. It looked like it was heading to the same area. There were no signs saying ‘don’t go here’. So we went there. And sailed into and through passport control, bypassing the hoards. Easy-peasy.

Sometimes, we can mindlessly follow the crowd because we think that’s what we need to do. It takes less energy to go with the flow. But often the flow isn’t actually a flow at all. It’s a stagnant swamp.

Imagine this circle represents all the rules you’re governed by: 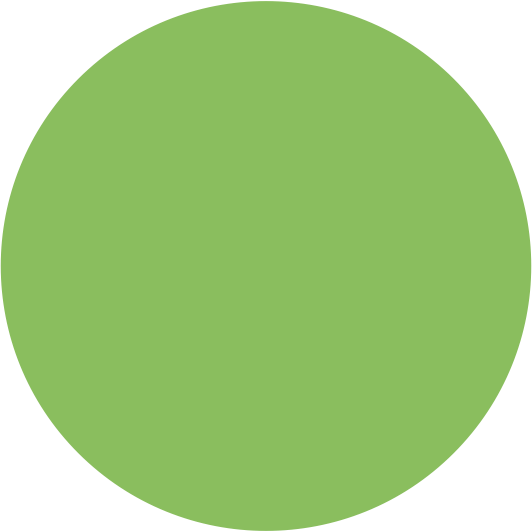 Some of the rules are ‘immutable’ i.e. you can’t change them. For example, gravity. The sun comes up in the east. We need oxygen to breathe. 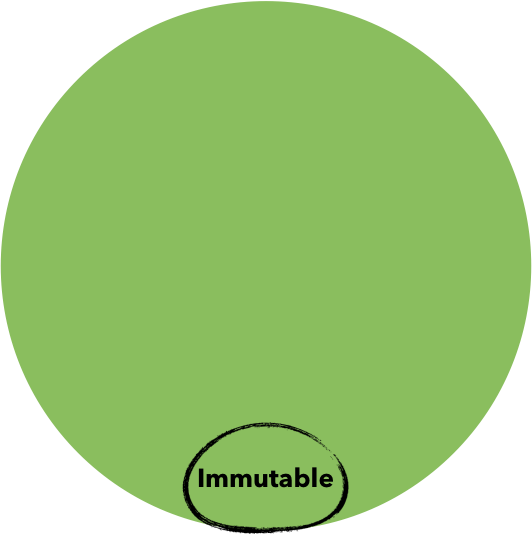 Immutable rules are just a small amount of the total rules. Most of the rules we’re governed by aren’t immutable, they’re invented. Traffic rules, what you can take on a plane, what’s OK to wear at your work, what’s appropriate behaviour, and the laws of the land are all invented rules. 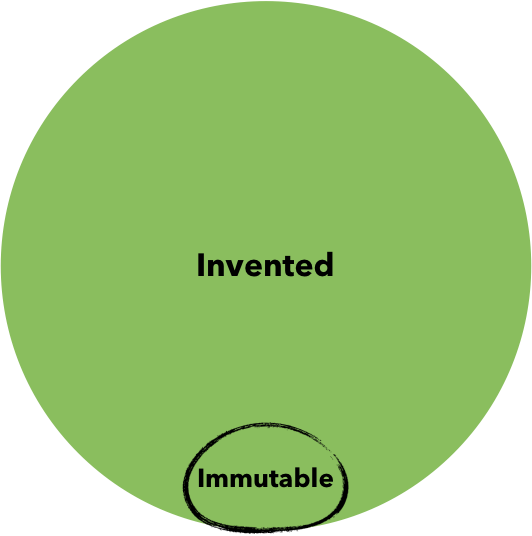 Often, invented rules can be really useful. I want to know that drivers will all drive on the same side of the road. That we all agree on the rules of a soccer game.

But we can get ourselves in trouble when we forget that they’re invented and we think they’re immutable. Especially when the rules don’t serve the realities of our current and emerging contexts. For example:

In these cases, if we accept invented rules as immutables, we can limit our choices for making positive change happen.

Too often, rules are past their use-by date. And because we haven’t invented new ones, we keep running the old ones. They no longer serve us or our society, and they end up stifling progress.

I reckon it’s useful to think about the rules that govern us across a spectrum of ‘changeability’. Some you can’t change (immutable), some are hard to change, and others are easier. 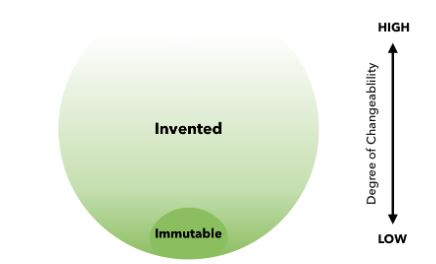 If we take a perspective across history, we can also see that most invented rules change over time. For example, dress codes, appropriate language, and how we communicate have all evolved over time.

Change Makers have a healthy relationship with rules. Here’s how we can develop that relationship: 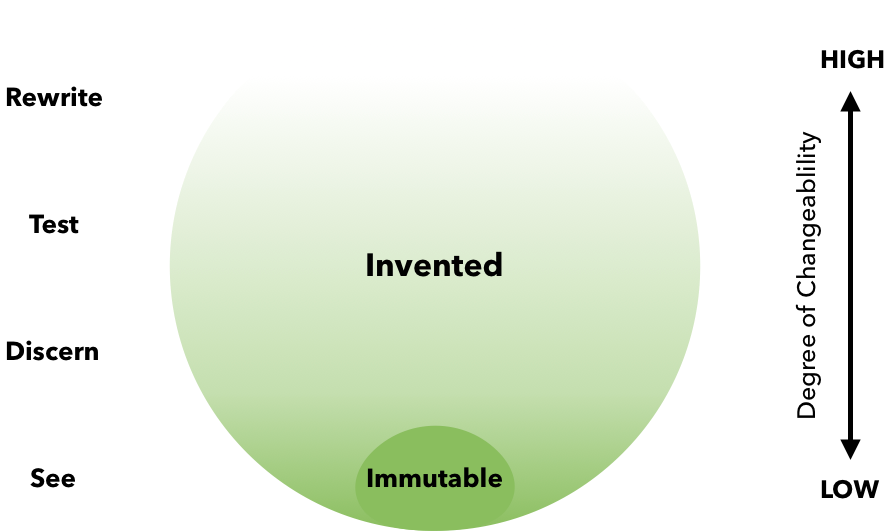